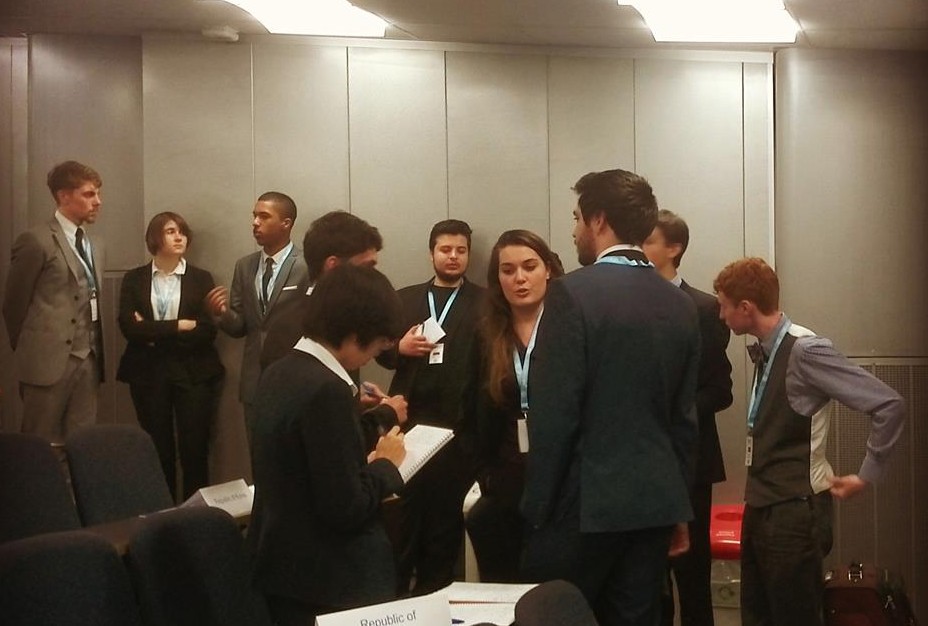 A Model United Nations started on Friday at UWE with 30 participants coming from as far as France to attend the event. The UN simulation is organised by the Politics And International Relations Society (PAIRS) for the 3rd year in a row and promises to be quite exciting. Western Eye has its own delegation that will be covering the event.

The topic this year is “In the face of severe violations of human rights, should sovereignty be conditional?” Each of the delegates represents one country and has to express its views. By the end of the weekend they should come up with different suggestions for the changes they want to see in the legislation.

Philip Cole, a Senior Lecturer in Politics and International Relations at UWE, gave the opening speech which presented the historical background on the question and showed the two options in front of the world at the moment: “We can leave everything as it is, or we can change it!”

Some delegates experienced problems while trying to get to the event.

@Yuliya_K_BG @Will_M_Anderson the delegation of Indonesia was held up by the privatised transport system. Namely ‘First Bus.’ #UWEMUN

However, the debates soon began and the first coalitions were already starting to be formed. Rumor has it that Russia and Cuba will stick together.

#UWEMUN UK: We are a supporter of universal human rights but Military intervention should be considered when soft power fails.

The delegation of the US has conflicting views on human rights violations, apparently they are fine if they are in Guantanamo bay #UWEMUN

Russia: The UN is quite a biased organisation. (…) Sovereignty should be conditional. #UWEMUN

The second day of the event promises to be even more interesting with more time for debates. Follow #UWEMUN for the latest news and tweet your opinion about the line between sovereignty and human rights.

MUN, UN, UWEMUN, Yulya Kosharevska
Recommended stories you may like: