The initial reaction of the population of a country when it is announced they will be hosting one of the world’s premier sporting events is one of joy and pride that their nation beat so many others to host the world in a celebration of sport. By Tom Williams. 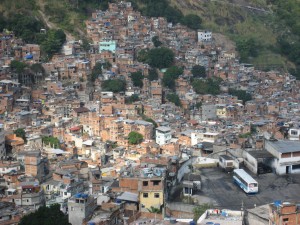 Just think back to 2005 when the International Olympic Committee announced that London would host the 2012 Summer Olympics, a proud moment for this country. The same happened in Brazil when in 2007 they won the right to hold the FIFA World Cup. But like any sporting event, there are many preparations before the tournament goes ahead, such as the building of stadiums, other sporting facilities and even hotels for players and spectators to stay in. And as one would expect, this won’t exactly be cheap, and as one would also expect, this hasn’t been received well at all by a large portion of the Brazilian public.

There have been recent public outbreaks against the preparation for the World Cup with riots over the summer with over two million Brazilians protesting government spending. The protests began because of the recent rise in bus fares in order to cover the rising costs of the World Cup and quickly escalated to become about all aspects of government spending from teachers’ salaries to embezzlement scandals in the government as well as general overspending on the World Cup. The protests, which are still on-going (although on a much smaller scale) have so far seen 10 deaths and 250 injured because of many incidents of police brutality. There have so far been 651 people arrested in relation to the riots. The most protesters were in Rio de Janeiro where 300,000 people took to the streets but 13 other cities also saw anywhere between 15,000 to 100,000 protesters. This sheer number of people who are so fervently against the money being spent and the way people are being treated should be a sign to the Brazilian government that they need to act more wisely in their spending and World Cup preparations.

Not only will the poorest people in Brazil not see any social or economic improvements in the long term, they are also suffering for the event right now. The Brazilian authorities have been going into favelas and forcibly removing gangs in orders to lower the chance of organised crime bound to happen over the duration of the tournament. Whilst on the surface this may seem like a smart move, and in many ways it is, the level of organised crime and gangs in the country means they will be unable to remove all signs of gang activity at all, and this will probably increase the operations the remaining gangs will run.

The UPP (a specialist and often forceful branch of the Brazilian police force) have also been going into the favelas and areas of special cultural significant to the Native Brazilians and using pepper spray and other anti-riot weapons to move people out of areas to make room for the stadiums and facilities that are being built. This has obviously been met with a lot of civil unrest and has only led to an increase in the operation of the UPP and the level of force they have been using. Most shockingly there has been no help given to the people whose homes have been destroyed, with no temporary or permanent shelter being provided. And all for what? So a stadium can be used for a month during the tournament only to fall to disuse after the tournament is over? Just look at the Birds Nest Stadium in Beijing that has barely been used since 2008 and many of the facilities built for the 2004 Olympics in Athens have fallen into ruin. What’s to say this won’t happen in Brazil?

So overall will the world cup really help the middle and lower classes in Brazil? It almost certainly won’t, especially not in the long term. A food or drink vendor in any of the cities across Brazil that are hosting matches may do better business whilst the tournament is taking place, but this is hardly a strong model for long term economic development that will see an increase in living standards across the board in Brazil. The Brazilian government says that holding the World Cup and the Olympics in 2016 are the incentives the country needs to develop further, but should a country really need any incentive to improve apart from the benefits it generally brings. In the long term they need education and health care, not stadiums. Surely the amount of money being spent could have made some serious strides towards bettering life for much of the country.

2 thoughts on “Social effects of the football world cup: Brazil 2014”