Scottish Referendum: Are we better together? Phill Mansell says YES to independence

Let me first start by stating that I am not Scottish, and therefore I am a complete outsider to the debate. But then again, so have been some of the most vigilant supporters of the ‘No’ campaign, designed to ensure that Scotland votes against independence and remains in the Union. Recently, David Beckham came out in support of the ‘No’ vote, pleading for Scotland to remain in the Union, and for Britain to continue to be ‘the envy of the entire world’. 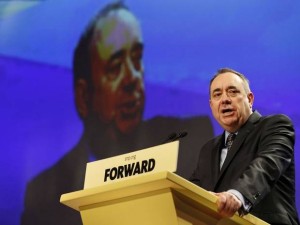 Many have questioned why Scottish ‘Yes’ voters would want to break up one of the most long lasting and peaceful democracies in the world. People have pointed to the failures of many other small, nationalist states, which were unable to succeed alone. However, Scotland would not be your typical small, independent nation. Scotland would inherit a huge amount of oil in the North Sea. Scotland would also continue to leave its huge cultural and economic footprint on the world. Whilst the ‘No’ campaign has declared that an independent Scotland would be too reliant on oil, and that the resource will run out soon, there are around 24 billion barrels of oil to be extracted and other fields which could yet be uncovered.

Last year the BBC reported that the UK Treasury estimated that it had made £300bn from offshore oil and gas taxes, 90% of which comes from just off Scotland. Has Scotland received its true share of this huge wealth?  On average, a Scottish person pays £800 more tax than someone in Britain. This is not reflected in the distribution of wealth by the British Government in Westminster.

This is one theme that has dominated the discussions around the referendum; should Westminster devolve more power to local authorities around Great Britain? There have been fears that should Scotland vote ‘Yes’, independence campaigns in other distinct areas such as Cornwall or Wales might be bolstered. A greater devolution of powers over the last fifteen years could potentially have quietened the issue of Scottish independence. It is now too late. To further insult the Scottish people, David Cameron and the Westminster establishment recently promised the Scottish Parliament more powers if the referendum resulted in a ‘No’ vote. Unsurprisingly, a week later, no further plans have been laid out by David Cameron, or any of the opposition leaders.

Another issue which has always strengthened the case for Scottish independence is the perception by large sections of the Scottish population that they are unrepresented by the British parliament. This has been particularly pertinent over the last five years, as a Conservative-Lib Dem coalition has ruled the country, bringing harsh austerity. Many people state ‘We didn’t vote for this!’ when policies are rolled out they dislike. In this case, the Scottish people are correct; they definitely did not vote for this government.

Out of 59 elected MPs for Scottish constituencies in 2010, 40 belong to the Labour Party. 11 belong to the Liberal Democrats and only 1 belongs to the Conservative Party. In 2005, Scotland voted for 39 Labour MPs. Scotland has a tradition of being a left-leaning society, and the Labour’s recent agreement with the coalition over a variety of issues – such as spending cuts, immigration restrictions and expanded government powers enacted through DRIP law (Data Retention and Investigatory Powers) – has represented a rightward movement of the party.

There are points that the ‘No’ campaign make that are undoubtedly valid – independence would be a risk, and there is always the possibility that certain industries, such as banking, might seek to move their business south of the border. But I believe Scotland would quickly become a strong and unified nation, which should be given the opportunity to learn and grow. Scotland has the tools to survive on its own should it vote ‘Yes’ on September 18th.

independence, Referendum, Scotland, YES
Recommended stories you may like: