Is the Bristolian accent ‘gurt’ lush? 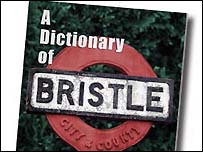 In every City, Country and Town of Britain there is a certain representation of the people that live there, and a big thing that distinguishes the identity of those people is their accents.

For young adults, deciding what University to go to is a big decision and many decide to travel away for their home, away from their comfort zone and the norm that they know. On this journey students will meet their peers that are from all over Britain and even all over the World.

With this meeting, students may encounter unfamiliar accents which may at first be funny, hard to understand or just plain awkward.

The South West accent is known to be associated with country life, agriculture and lots of tractors, (just joking). However, it is a fact that the South West was originally a very rural area and farming was a common trade.

Unfortunately, everyone has negative and positive aspects of their accents, and as a Welsh person I have experienced much banter about how I pronounce “ear”, “year”, “hair” and many more, but also a lot of people telling me how much they love my accent.

I remember when I was moving to Bristol I put my Facebook status as, “Driving my TRACTOOOR to BRIZZLE for uni”. Although that’s what I thought all Bristolians talked like, I was mistaken when I started to meet more people that lived in Bristol.

I met a few people that lived in the Keynsham area of Bristol, and was shocked of how well-spoken they were. However, a few words that they would say that had the R in the pronunciation would give away their Bristolian roots.

Slang also differs in every area of Britain. A slang word that is associated with the Bristolian accent is “Gert/Gurt” which pretty much replaces the adverb “really”. For example, “The WesternEye is a Gurt lush read”.

However, I have never come across a Bristolian that has said that in a sentence, but the slang word is associated with Bristololian and only sounds good while pronounced in the Bristol accent.

The Bristol accent is very distinctive with its pronunciations of the R’s and its gurt funny slang. Embrace your accent; it makes you who you are.

UWE Society Promotion – The Failure of the Refreshers Model