As a student, there are two things I prioritise above all else: things that let me procrastinate, and things that are cheap. Video games do a pretty good job of fulfilling the former, but I’ll be the first to admit that they aren’t always cheap. Especially when you’re a sucker for the triple-A, big budget, hyper-HD titles—like, well, me. 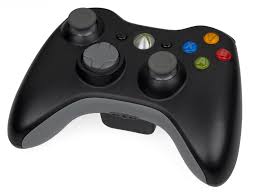 The idea behind Games for Cheap, then, is a way to combine my passion for gaming and also being able to pay rent by focusing on games available for £10 or less.

First up is a game for getting into the Halloween spirit—without making you want to sleep with the lights on. Costume Quest instead takes players back to the days of free candy and cardboard robot costumes. Back when everything was great, bedtime was 9pm, and monsters stole your candy and kidnapped your younger sibling (wait, was that just me?). The game is set in an idealised slice of American suburbia where the alien Repugians, who are rocking some sort of medieval dressing gown chic, have arrived to steal everyone’s Halloween candy for their dastardly plans of villainy and somehow kidnapped your brother (or sister) in the process.

Admittedly, Costume Quest is a little light on plot—but that’s part of the charm. Players wander around the cartoonish neighbourhood gathering other children as allies, searching for their sibling and of course, trick-or-treating. However, going door to door runs the risk of crossing paths with Repugians, which leads to funky, old school RPG-style battles. Unsurprisingly, this is where the actual fun begins.

Each of the kids transforms into a giant, fantasy version of their costume, complete with unique abilities. While combat is admittedly simplistic—you’re rarely ever in danger of losing a fight—players can collect materials and plans from around the map to unlock new costumes and new abilities for their characters. These range from the generic (knight, robot) to the downright strange (unicorn, Lady Liberty).  Special moves have unique animations, and Costume Quest’s combat, for all its simplicity, is a solid homage to the at times ridiculous tropes of RPG combat.

Costume Quest spans three maps and includes a fair few side quests to beef up what’s otherwise a somewhat barebones main story. The game takes about six to ten hours, to be honest that feels like the perfect length; any longer and the charm would have worn off, but any shorter and it would have felt like a cheap cash-grab on the developer’s part. A project from Double Fine Productions, the game bears Tim Schafer’s unique sense of style from the dialogue down to the children’s illustration-style graphics.

It’s a game that makes for a good single-sitting play through and captures the fun of Halloween and RPGs without bashing you over the head with the latter. And the best part is, Costume Quest is only £6.99 for PC, PlayStation 3 or Xbox 360.

Games for Cheap, PlayStation, Ruth Krabacher, xbox
Recommended stories you may like: